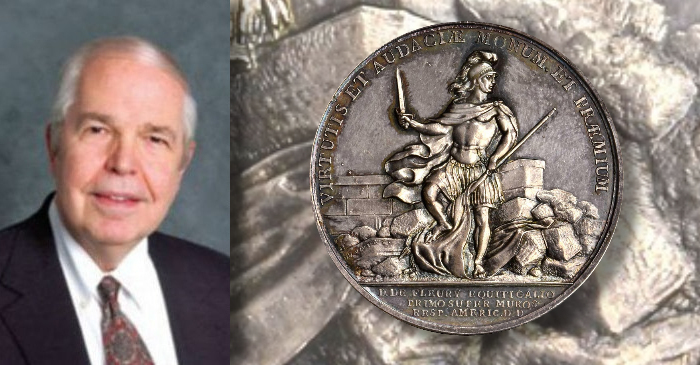 Turn on the television or check the news on the Internet and 90% of the coverage seems to be about the coronavirus pandemic. Events, including coin shows, have been canceled left and right. Self-isolation is being practiced across the land.

Meanwhile, coin auctions and other commerce is continuing without problems, thanks to the Internet. The Stack’s Bowers Galleries sale of a few days ago was very strong as people were able to participate online. I have not heard of any problems with coins in holders or with books, and feel that it is easy enough to wipe the surface of anything you get from an outside source.

As of this writing, the four mints in the United States are still open. History tells us that over 200 years ago yellow fever epidemics in Philadelphia forced the closing of the Mint on occasion. Yellow fever was rampant in the late summer of 1793, and Joseph Wright, a distinguished engraver who prepared certain pattern coins in 1792 and the Liberty Cap cent of 1793, was among those taken by it. In 1797 the fever struck again, forcing many people in Philadelphia to go to the countryside. The Mint closed in late August and did not reopen until the end of November. In 1798, and again in 1799, the dreaded yellow fever epidemic struck the Philadelphia area in all its fury. People fled for their lives, but even though the Mint was closed for several months in each of these years, coinage resumed soon after reopening with a minimum of trouble. In 1803, the fever struck again and the Mint was closed for six weeks. Indeed, a lengthy essay could be written on the fever and coinage.

If you wish to contact me or send any inquiries, you may direct them to my e-mail qdbarchive@metrocast.net.

The Rare Coin Market and the Hobby Move Online