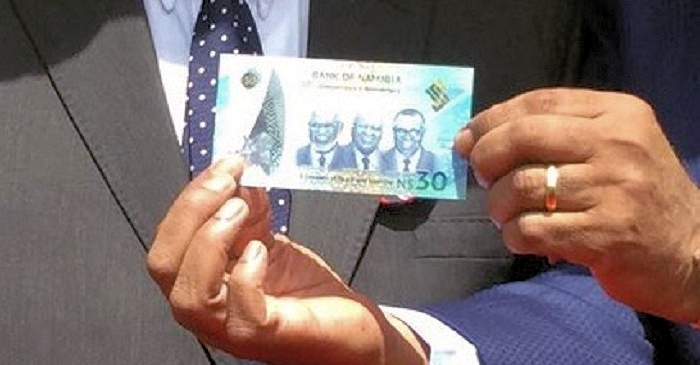 Namibia is known for being the driest country in Sub-Saharan Africa. Aside from a flourishing trade in tourism, the economy is reliant on agriculture, herding, and the mining industry, the latter of which includes diamonds, uranium, gold, silver, and a variety of base metals. Namibia’s large, arid Namib Desert has resulted in the country being overall one of the least densely populated countries in the world. A total of 12 languages are officially recognised in the country including English, German, and Afrikaans, as well as nine indigenous languages which are both national and regional.

Formerly German Southwest Africa, the land was a colony of Imperial Germany, which lost its mandate to govern as a result of its loss to the Allied powers after the Great War. The sovereignty of the newly created territory of Southwest Africa was obtained from the League of Nations after the cessation of fighting by the Union of South Africa. A self-governing dominion of the British Empire since 1910, they had initially occupied the colony since 1914, and the status-quo was maintained, Southwest Africa was regarded as a fifth province, although this was never an official status.

A more concise definition of the incorporation of South West Africa was not finalised until the Union was replaced with the Republic of South Africa. In 1949, the government passed a law bringing Southwest Africa into a closer association which offered the inclusion of Southwest African representation in the South African parliament. However, a series of uprisings and demands for political representation by native African political activists who sought total independence from Pretoria resulted in the United Nations assuming direct responsibility over the territory in 1966, but with South Africa continuing to maintain de facto rule. It was not until 1973 when the UN would recognise the Southwest Africa People’s Organisation (SWAPO). As a result of armed resistance, the South African government installed an interim administration in 1985. As significant changes were coming to South Africa, including majority rule, Southwest Africa began to prepare for full independence of their own, which was finally achieved on the 21st March 1990. However, important coastal territories such as Walvis Bay and the Penguin Islands would remain under South African control until 1994. 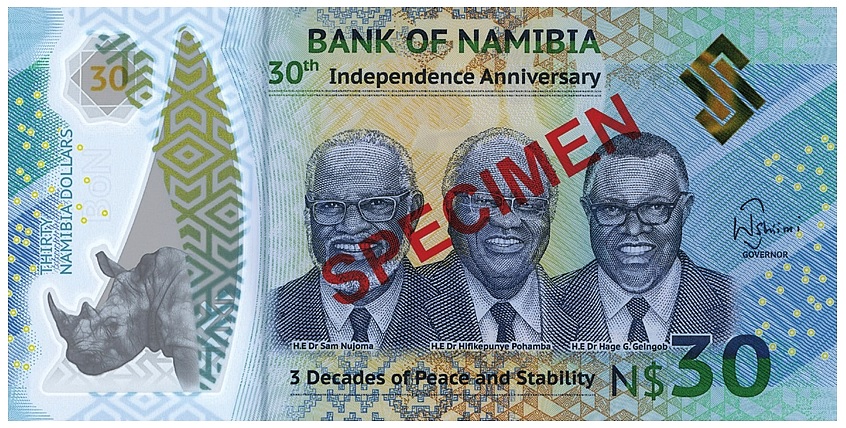 The new commemorative banknote, which is predominantly blue in colour, is produced on polymer and depicts on its face images of Namibia’s three serving presidents since independence. Essentially, a founding, former, and current president symbolising unity, smooth transitions, and stability during the country’s 30 years of sovereignty. 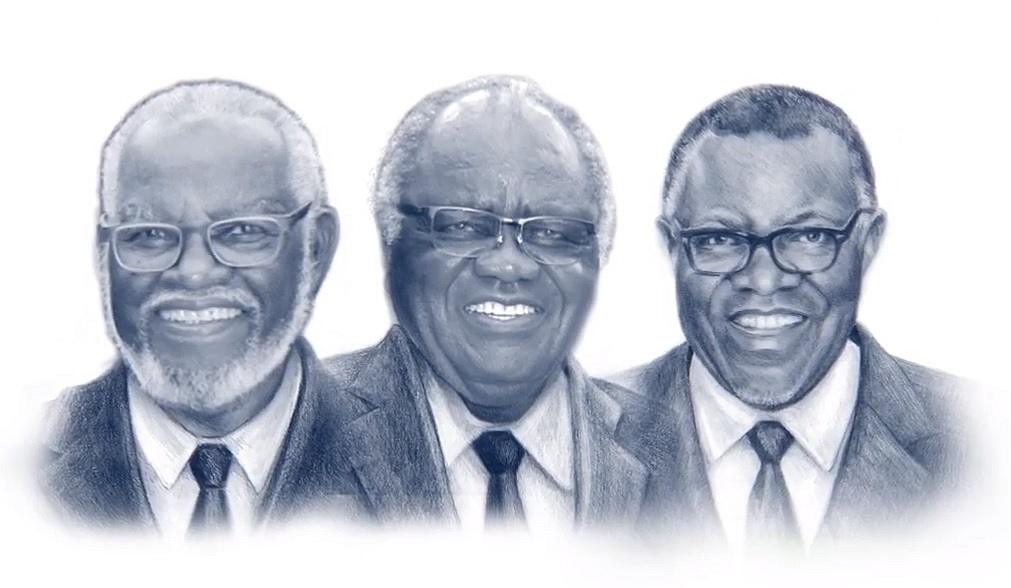 Samuel Shafiishuna Daniel Nujoma (born 12th May 1929) served three terms as the first president of Namibia from 1990 to 2005. After 29 years in exile, Nujoma returned to Namibia in September 1989 to lead his party to victory in United Nations-supervised elections that paved the way for independence. He was inaugurated on the 21st March 1990, known as Namibian Independence Day.

Hifikepunye Lucas Pohamba (born 18th August 1936) served as the second president of Namibia from the 21st March 2005 to the 21st March 2015. He won the 2004 election overwhelmingly as the candidate of the ruling party and was re-elected in 2009.

All three presidents took part in the unveiling ceremony of the banknotes just before the proceedings to inaugurate the current president to his second term. The commemorative text placed above the presidential portraits reads 30th Independence Anniversary and below the portraits is the text 3 Decades of Peace and Stability. 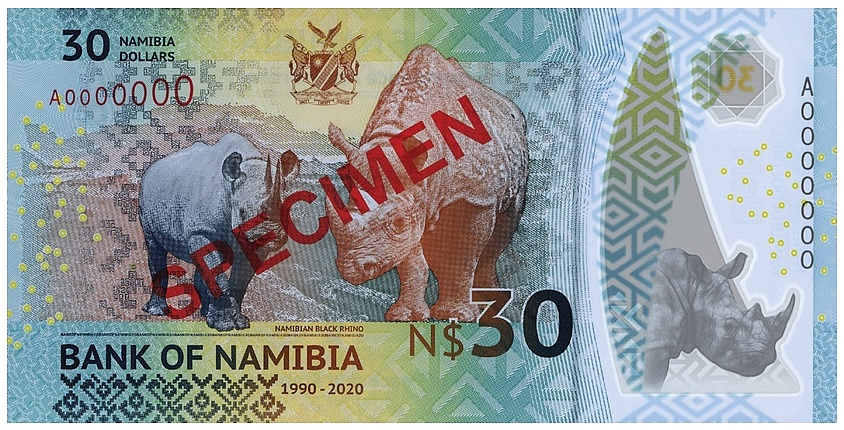 The back includes an image of two black rhinos, which unfortunately are facing extinction as one of the world’s most endangered species. The inclusion of the rhinos on the back is also in support of ongoing efforts to feature the country’s campaign to end rhino-poaching and Namibia’s solid commitment to natural resource management.

Engraved printing: The portraits of the three presidents shown on the face are printed using a raised-relief which can be felt to the touch.

Clear window: Located on the left side as viewed from the face, an image of a Rhino’s head can be seen and is visible on the back.

Tactile application: A series of six raised dots placed at the upper-right corner can be felt to identify the banknote by visually impaired persons.

Colour-shifting print: Shown to the left of the portraits, a geometric pattern changes colour when the note is tilted.

The banknotes are legal tender and can be used alongside the other five denominations of Namibian banknotes. The commemorative banknotes will be available at any commercial bank branch nationwide, the Bank of Namibia head office or its Oshakati branch. For additional information about the currency of Namibia, please visit their website.