Breaking News
Expanding DeFi to Ripple, Dogecoin, and Litecoin
Ebang planning to expand business to mine LTC and DOGE
Rising Treasury Yields are a Danger to Bitcoin & They Are Soaring Right Now
Fractal From Last Bull Run Says Bitcoin Will Hit $100K By May
25 Feb, 2021
Skip to content MicroStrategy’s massive push into Bitcoin is paying off, with shares skyrocketing and huge new investment from Morgan Stanley.

Per a filing with the Securities and Exchange Commission released on Jan. 8, investment bank Morgan Stanley had acquired 792,627 shares in business intelligence firm MicroStrategy. The investment represents a 10.9% stake in a firm that has made massive investments in Bitcoin over the past several months. 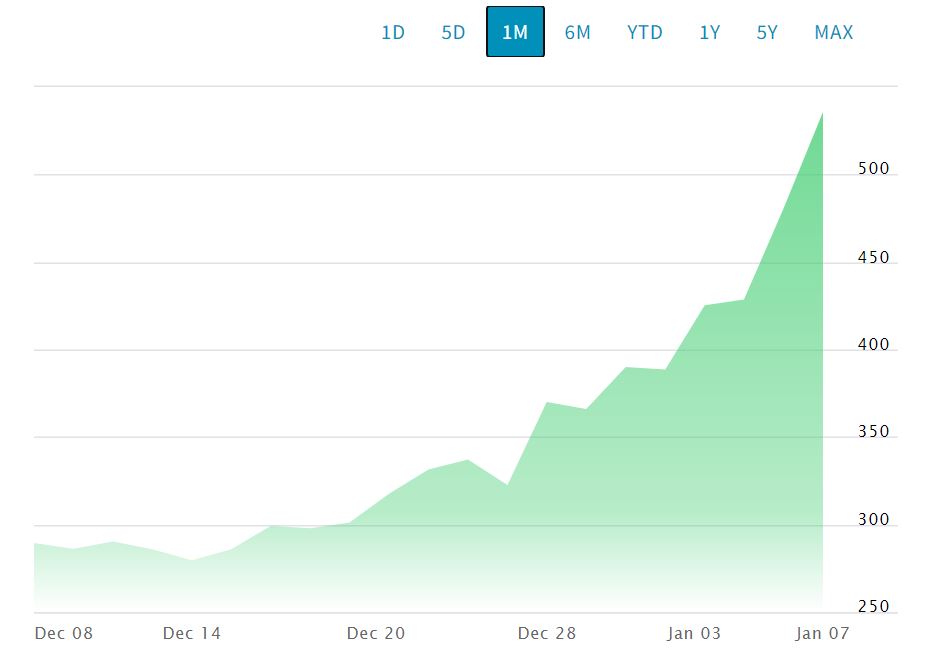 “This is not a speculation, nor a hedge. It is a deliberate corporate strategy to adopt the Bitcoin Standard.”

Just weeks ago, MicroStrategy announced a $400 million securities offering with the stated purpose of raising funds to buy more Bitcoin. As of Dec. 21, the firm had stockpiled 70,470 Bitcoin.

At prices as of publication time, MicroStrategy’s BTC stockpile was worth over $2.8 billion.

Institutional investors like Morgan Stanley have warmed up to crypto assets considerably over the past year. Many have attributed Bitcoin’s recent bull market to this institutional uptick, as compared to the retail FOMO that was so critical to BTC’s 2017 highs, which subsequently fell apart.

Ebang planning to expand business to mine LTC and DOGE

Craig Wright Plans to Take Legal Action Against BTC Developers, Hopes to Recover Over $3B in ‘Stolen Bitcoin’ – Bitcoin News