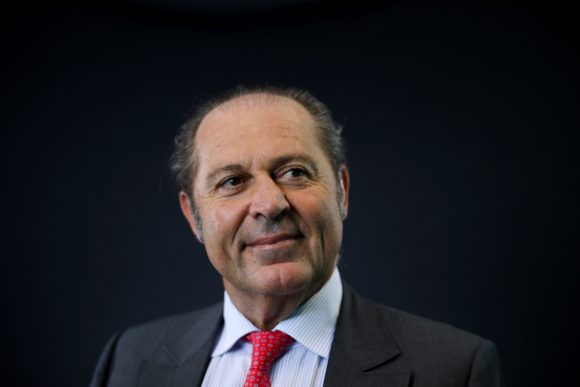 Assicurazioni Generali SpA Chief Executive Officer Philippe Donnet is seeking to overhaul the top ranks at Italy’s largest insurer to increase control on key businesses and speed up growth, according to people with knowledge of the matter.

The CEO, whose current mandate runs out early next year, will submit a proposal on the reorganization to Generali’s board as soon as this month, the people said, asking to not be named because the matter is private. General Manager Frederic De Courtois and Chief Investment Officer Timothy Ryan — two top lieutenants — are among executives who might leave as part of the changes, the people said.

Generali is banking on cost cuts, digitalization and expansion in more lucrative products and high margin insurance to boost profitability. The insurrer in November, confirmed its three-year strategy and financial targets for this year, even as impairments from the Covid-19 crisis and an asset sale caused net income to plummet.

Generali shares have fallen 21% in the last 12 months compared with a 4.8% decline by the Italian benchmark FTSEMIB Index.

Donnet, who joined the insurer as CEO of Generali Italy in 2013, was named chief executive officer in 2016 to replace Mario Greco. The French manager, who previously worked for AXA SA, was confirmed in the top post in 2019 and will remain in office until the shareholders’ meeting called to approve the company’s 2021 financial results next year.

–With assistance from Daniele Lepido.