Bitcoin has bounced back to a moderate price level following its drastic fall two weeks ago. However, as the world’s largest cryptocurrency dipped in the market, it created a wave of panic among traders, causing chaos in the market. The period between 8 March and 14 March saw an increased flow of Bitcoin into exchanges, but the Bitcoin flowing into exchanges from consumer wallet was worth 1.5% to 7.7% lower than the price paid for it, as per Token Analyst. 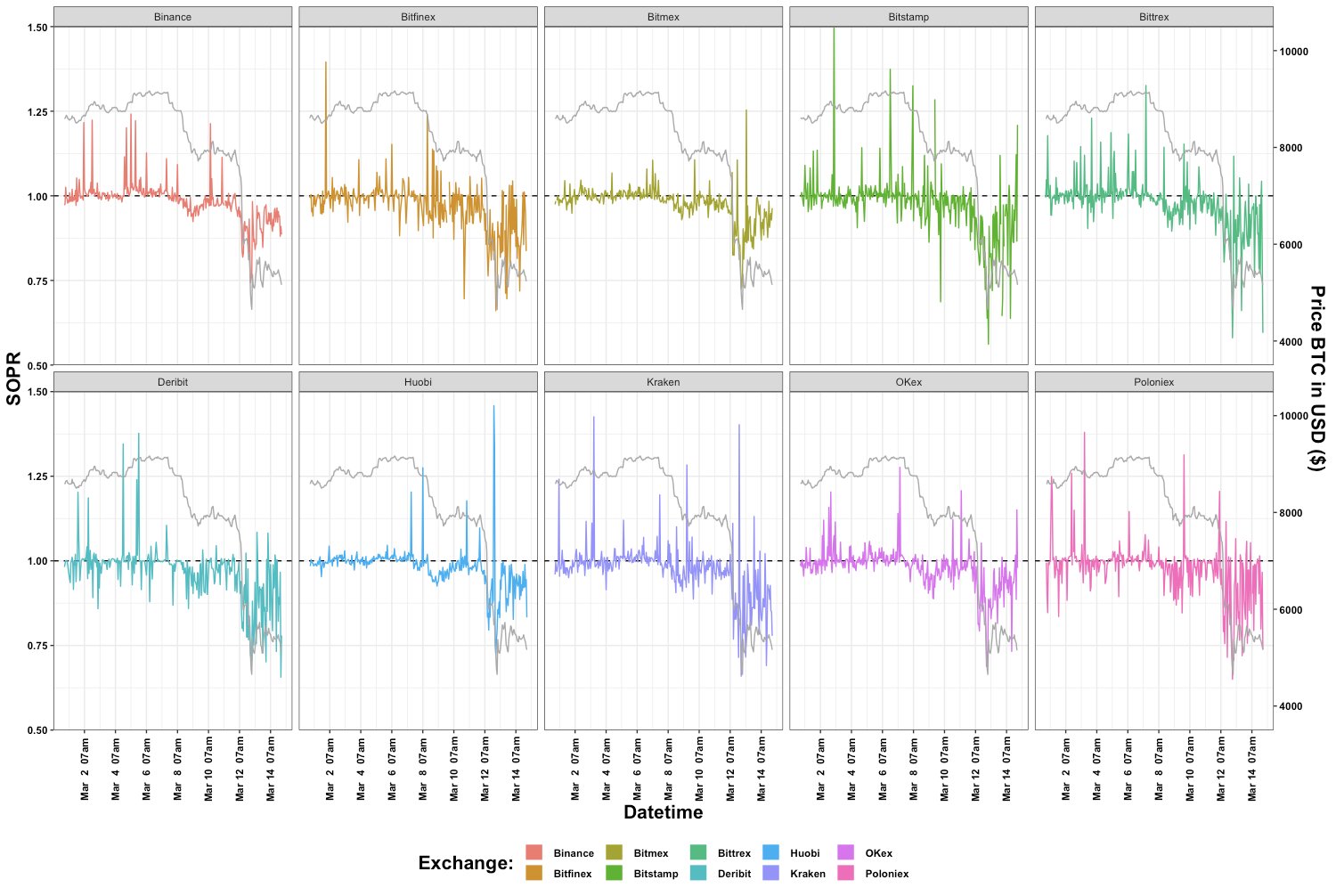 At the same time, the overall BTC sent to Deribit reported the highest loss with an SOPR of 0.93. The unstable price of Bitcoin has kept most traders on the edge, while others moved a large volume of Bitcoin to trade or exchange for fiat to mitigate losses. 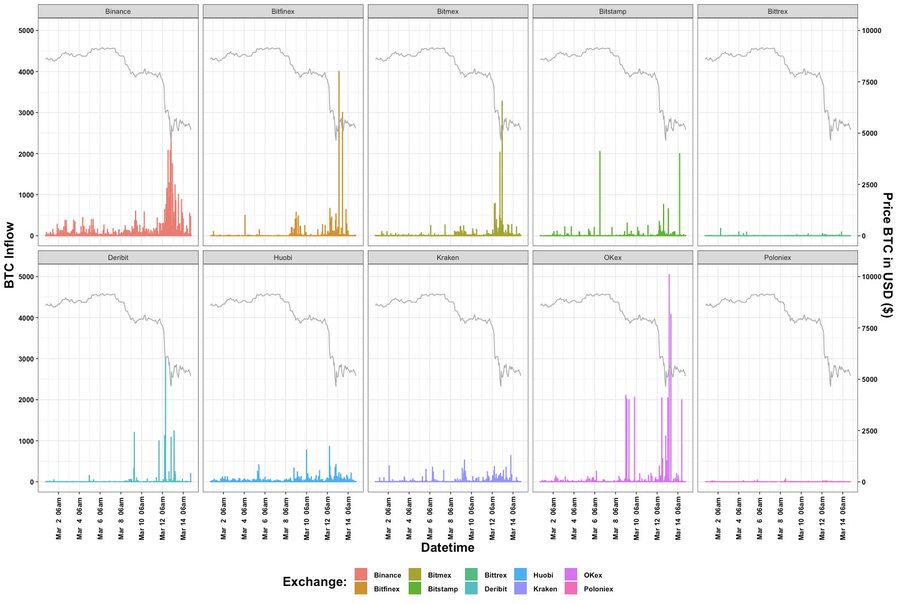 This action of moving Bitcoin from consumer wallets to exchanges caught momentum when the price of Bitcoin fell. OKEx-controlled wallets reported 11 deposits, totaling 23k BTC. The mean creation price was noted to $12,815, while the mean deposited price was $6,459. This would mean that the traders incurred a loss of around $146 million.

However, there were few traders were able to profit in the market. Token Analyst noted,

However, on 14 March, the SOPR index was noted to be under 1, suggesting that the overall profitability of the market was negative. The sellers incurred losses at this time; however, historically the SOPR value often corrects itself above 1 during a bull market, thereby boosting confidence in the market during a rally.