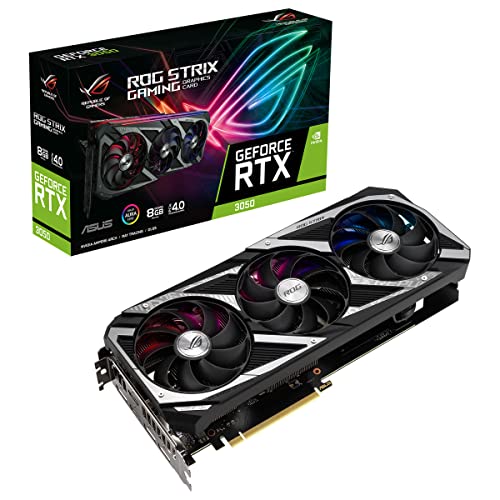 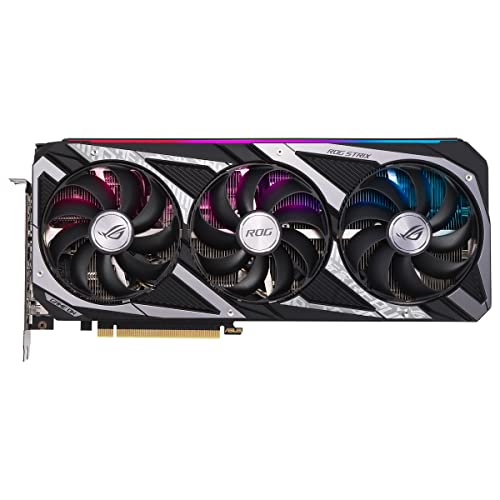 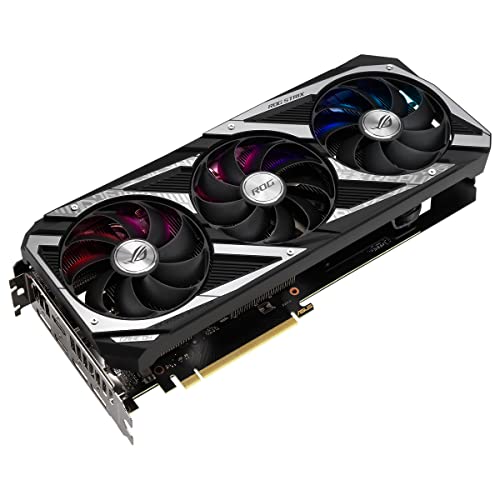 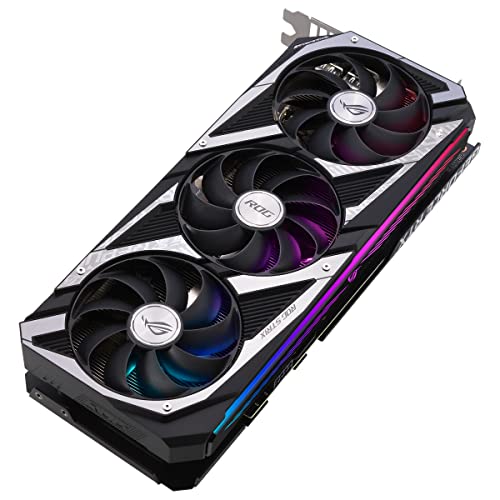 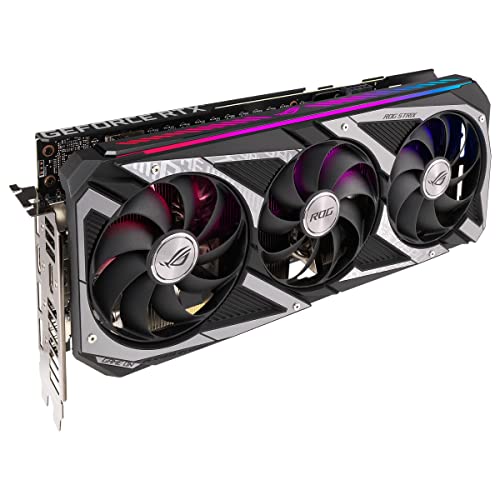 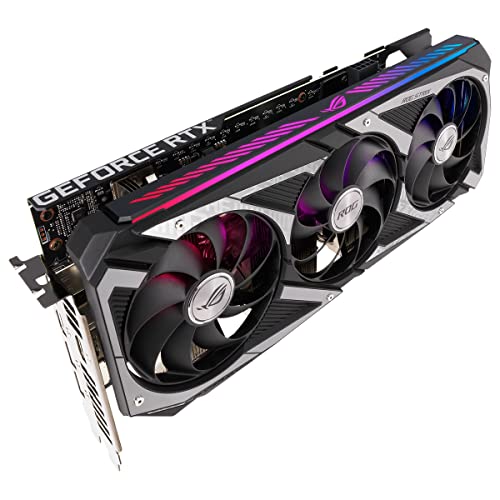 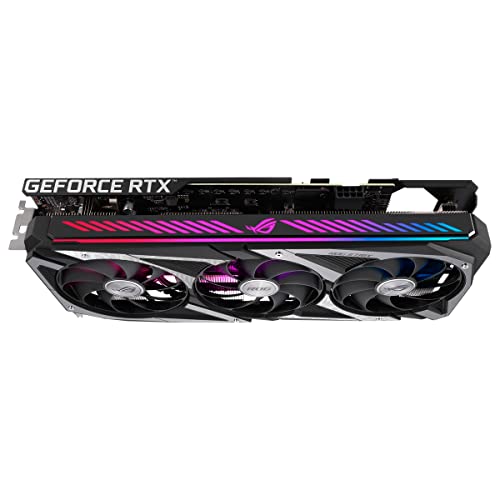 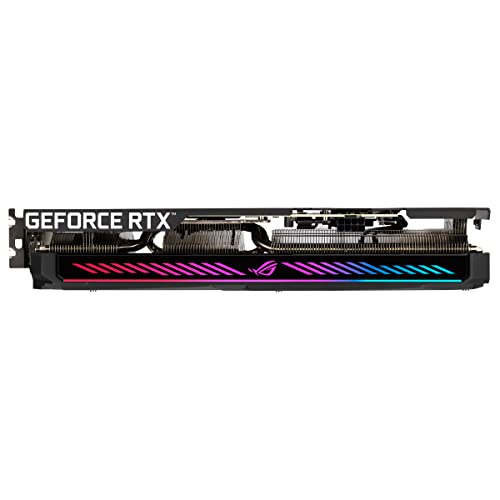 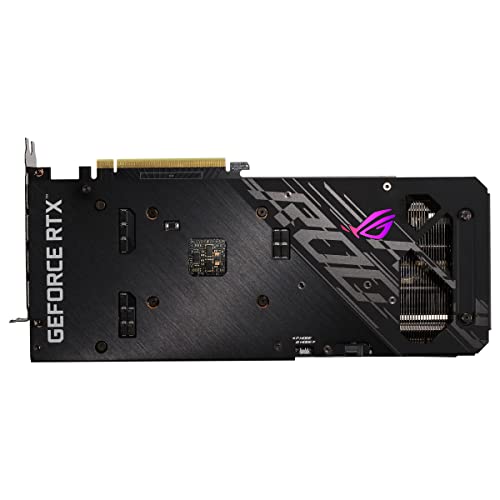 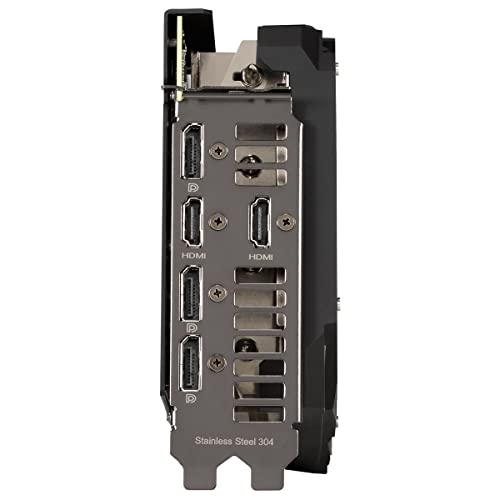 From top to bottom, the ROG Strix GeForce RTX 3050 has been designed to push performance boundaries. A fresh design and more metal surrounds a grouping of Axial-tech fans that leverage a new rotation scheme. Below the blades, a larger, more impressive heatsink is ready for the most demanding thermal loads. The PCB has some new tricks up its sleeves, and even the backplate has received some performance-boosting changes. For gamers who want to get the most out of the NVIDIA Ampere architecture, the latest addition to the ROG Strix stable delivers in every way.
The 128-bit PCIe 4.0 ready 3050 is designed to work at 1807 MHz at OC Mode and at 1777 MHz at Gaming Mode. Equipped with improved Axial Tech technology.
The barrier ring on the side fans has been slimmed down to allow for more lateral intake. The center fan’s extra blades and full-height ring provide boosted static pressure to blast air directly onto the GPU heat spreader.
Now with support for up to 4 Display in 8K resolution, the new generation cores deliver a massive boost in game performance and all-new AI capabilities. The GeForce RTX graphics card deliver advanced DX12 features like variable rate shading, bringing games to life with ultra-realistic visual effects and faster frame rates.
A new addressable RGB element lines the front edge of the card and can be customized with Armoury Crate software to sync lighting and effects with other ROG components. To fulfill the power demands of the GeForce RTX 3050, an 8-pin power connector is present, along with an onboard circuit that monitors PSU rail voltage.